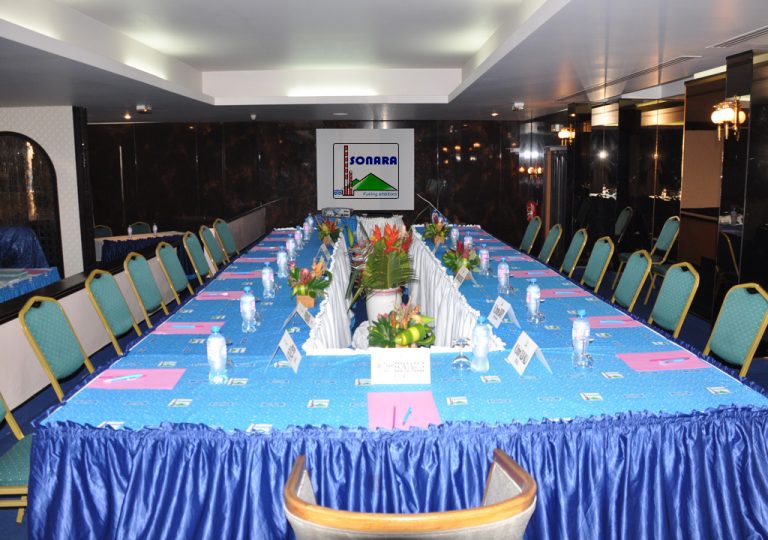 A SPEECH PRESENTED BY THE STAFF REPRESENTATIVES OF THE NATIONAL REFINING COMPANY (SONARA) ON 06 JUNE 2019 , ON THE OCCASION OF THE WORKING SESSION BETWEEN THE SONARA STAFF AND THE INTER–MINISTERIAL MISSION, FOLLOWING THE FIRE OUTBREAK OF 31 MAY 2019 IN SONARA.

It is with a heavy heart that we welcome all of you, who have come from far and near, to comfort the entire SONARA Family during this difficult moment.

Since the creation of SONARA in 1978, and the start-up of production in 1981, we have never witnessed any such fire incident like the one that occurred on 31 May 2019.

On 31 May 2019 at exactly 9; 55pm, an explosion occurred which led to a fire outbreak.  This was a big shock to us, because nobody saw it coming.

This unfortunate event created great panic in the neighbouring villages and even caused people to flee to distance places.

In the heat of this situation, SONARA workers left their families at home, rushed to SONARA in a marathon way, in order to preserve the only Oil refinery in Cameroon.

How encouraging and motivating it was, to see all the workers; from the top Management, to the least worker, struggling to quench the fire.

SONARA workers deserve to congratulate themselves for their great courage and effort, to bring the situation under control.

We would like to sincerely thank the State, through the Minister of Water and Energy, the Board Chair and the General Manager of SONARA, for the promise made to preserve SONARA workers’ jobs. This decision by the State, is first of its kind, in the refining world. It goes a long way to re-assure the workers, their families and millions of people depending on SONARA, about continuity of our refining activity.

We would equally want to thank all the different actors who took part in helping to quench the ravenous fire, thereby reducing the level of disaster.

SONARA workers hereby fervently promise to spare no effort in accompanying all initiatives by the Head of State, H.E President Paul BIYA, Father of the Nation, for the continuous supply through imports, of petroleum products, to the national market, and the rehabilitation of our installations, for a smooth restart of our production units.

SONARA would once more want to say a big THANK YOU to the PRESIDENT OF THE REPUBLIC, HEAD OF STATE, and his Government as a whole, for the prompt and quick reaction vis-à-vis this unfortunate situation.

Thank you for your kind attention.